Founded in 1984, Southeastern Marketing brought to fruition one man’s dream of building a full service advertising and public relations agency in his hometown of Statesboro, GA.

During his sophomore year at Georgia Southern College, Roy Akins went to work as a part-time sports writer for a local newspaper. In two years, he was promoted to editor and working over 50 hours a week while taking classes to finish his college degree. In 1978, he graduated from Georgia Southern and left his career in journalism to become Sea Island Bank’s marketing manager.

Akins was active in numerous civic activities including the rebirth of Georgia Southern football. He was one of the original members of The Dirty Dozen, a group of supporters who brought football back to campus and lured Erk Russell from the University of Georgia to become the Eagles’ head coach.

Six years after joining the bank, Akins established Southeastern Marketing in downtown Statesboro. Over the years, the agency has received numerous advertising citations of excellence including regional Addy Awards and national ADQ recognitions. 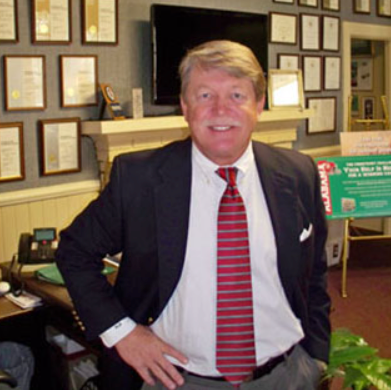 Got something in mind?
We'd love to hear about it!